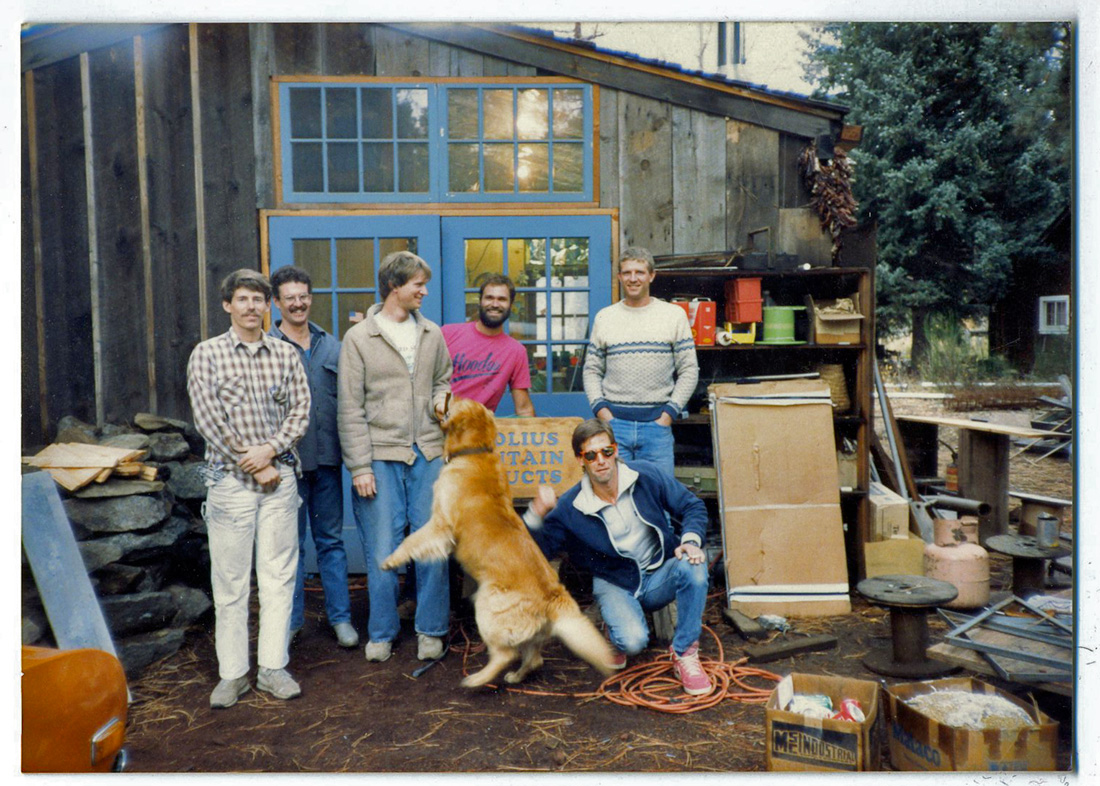 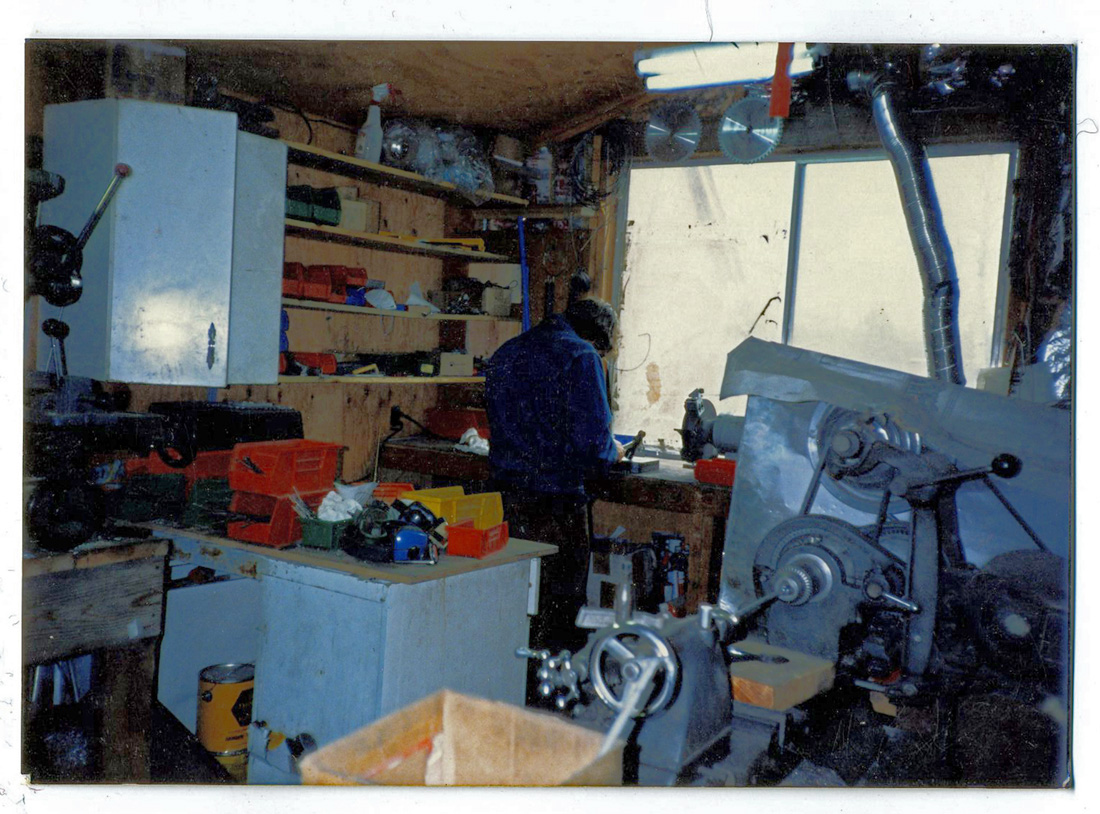 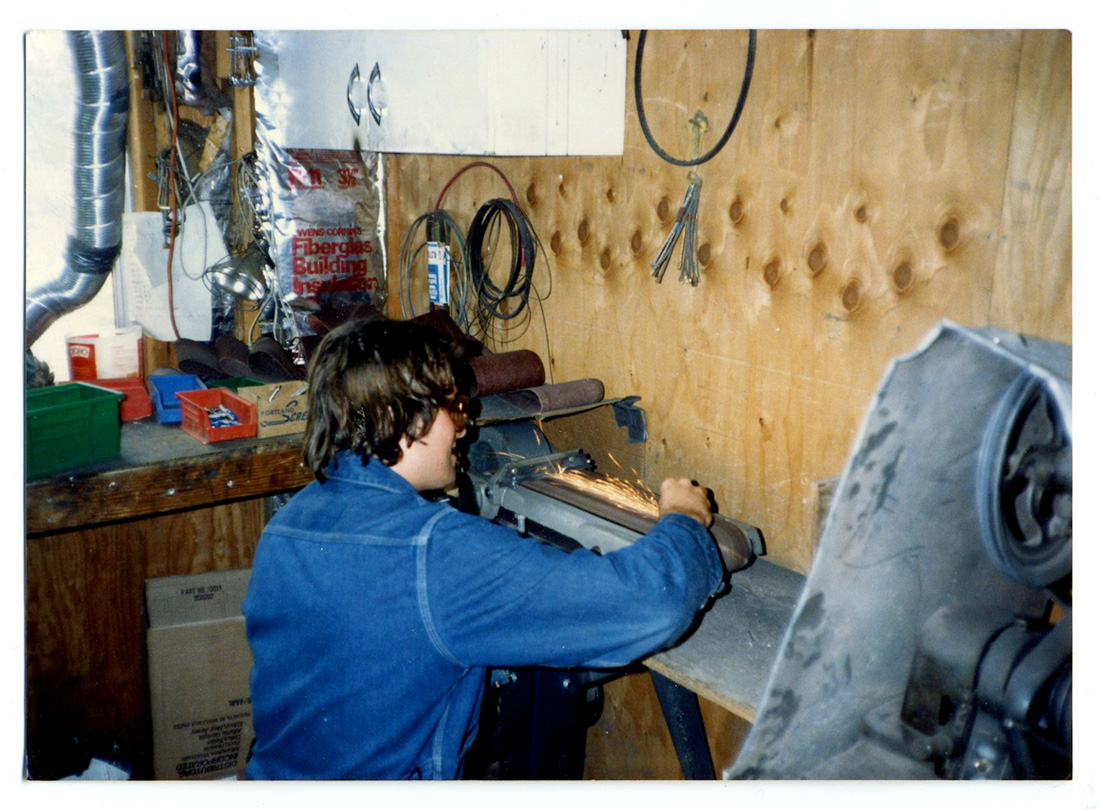 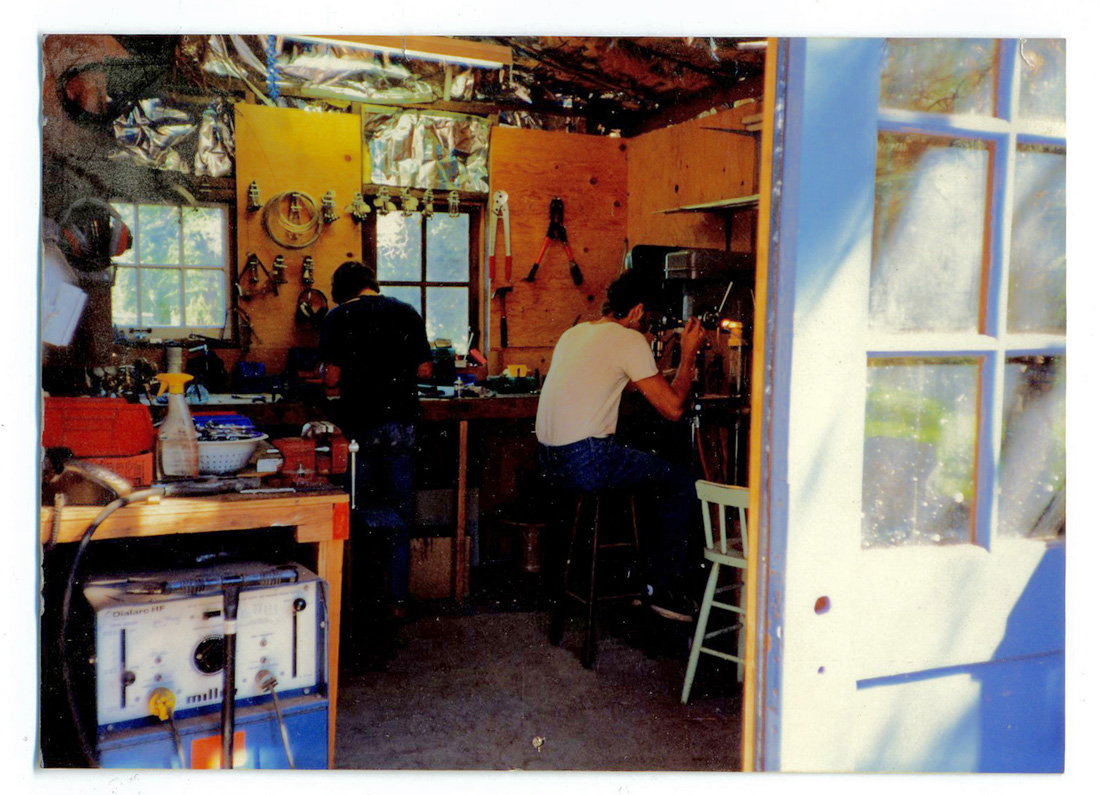 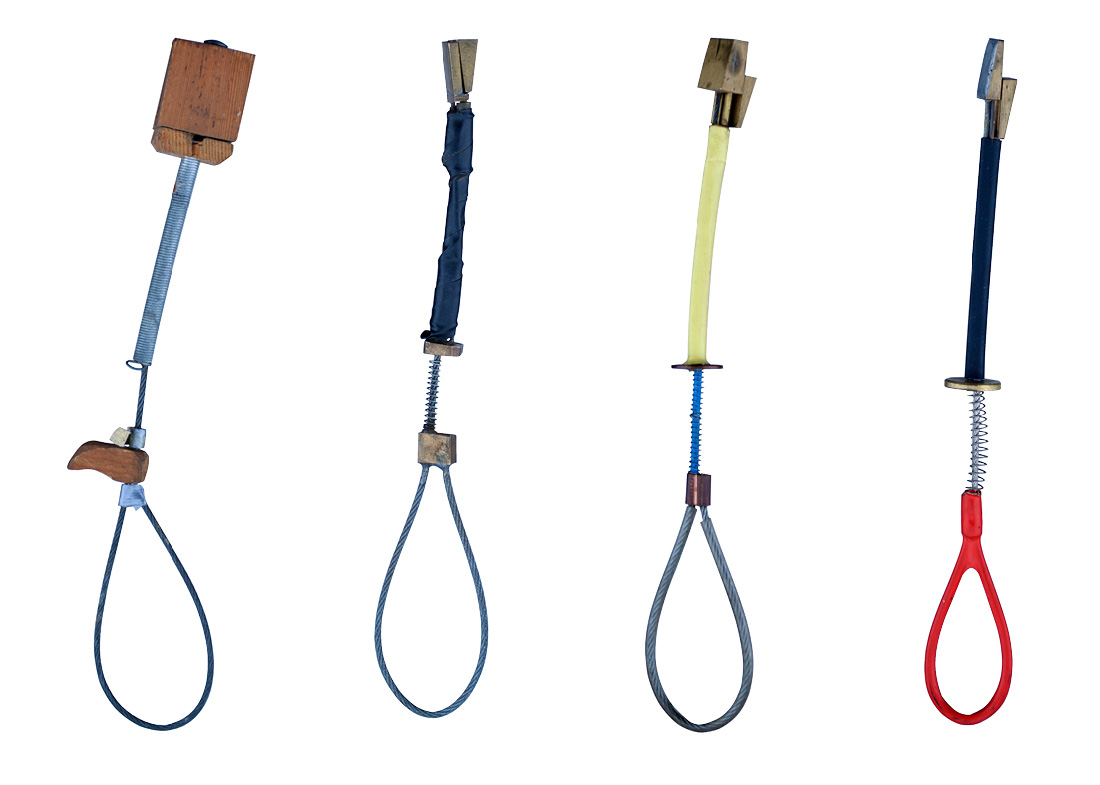 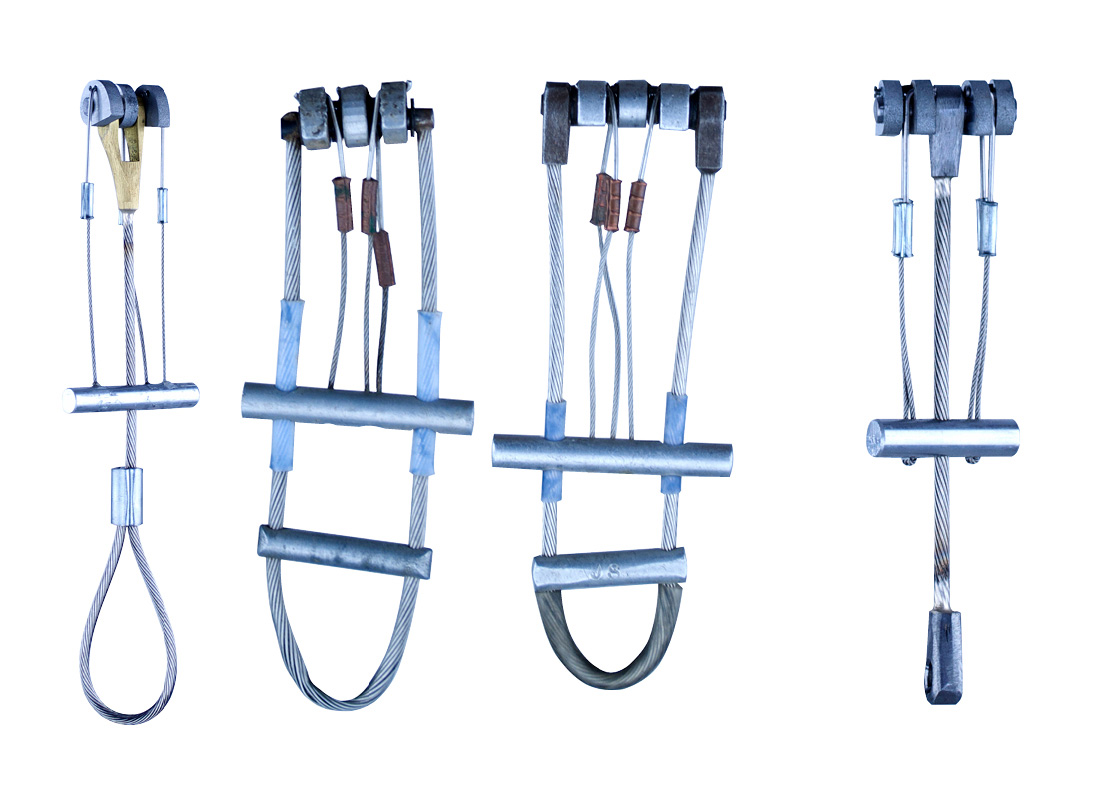 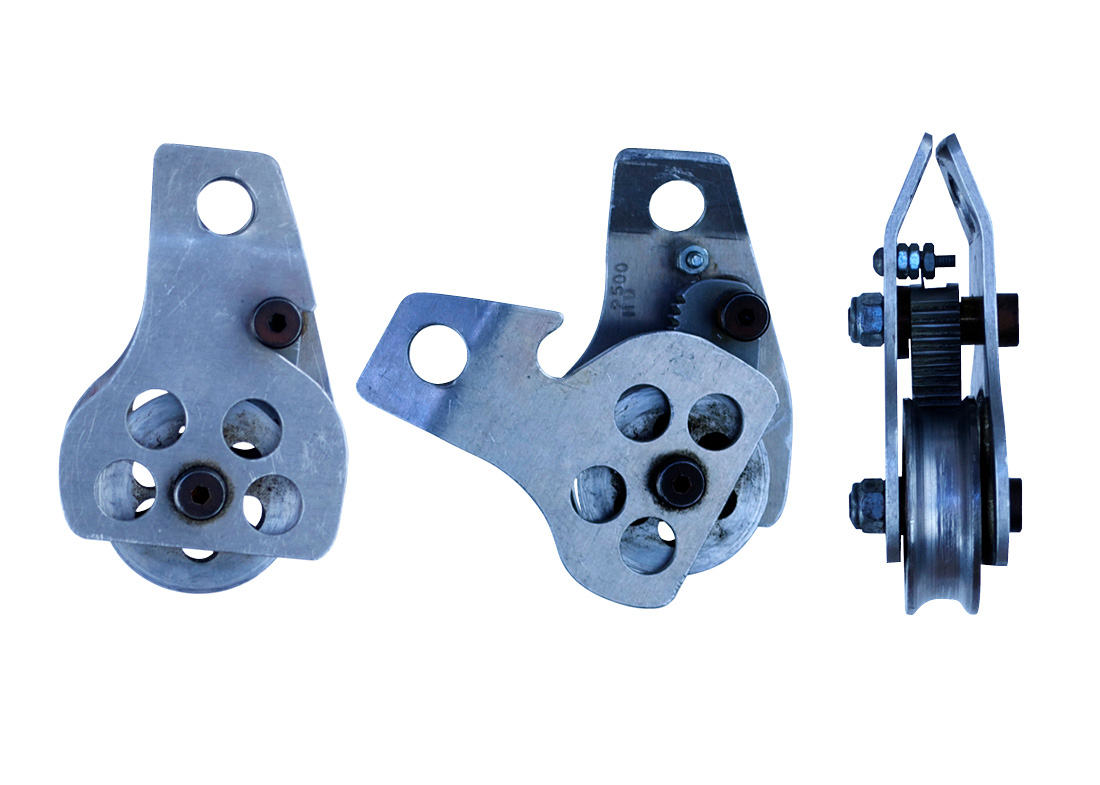 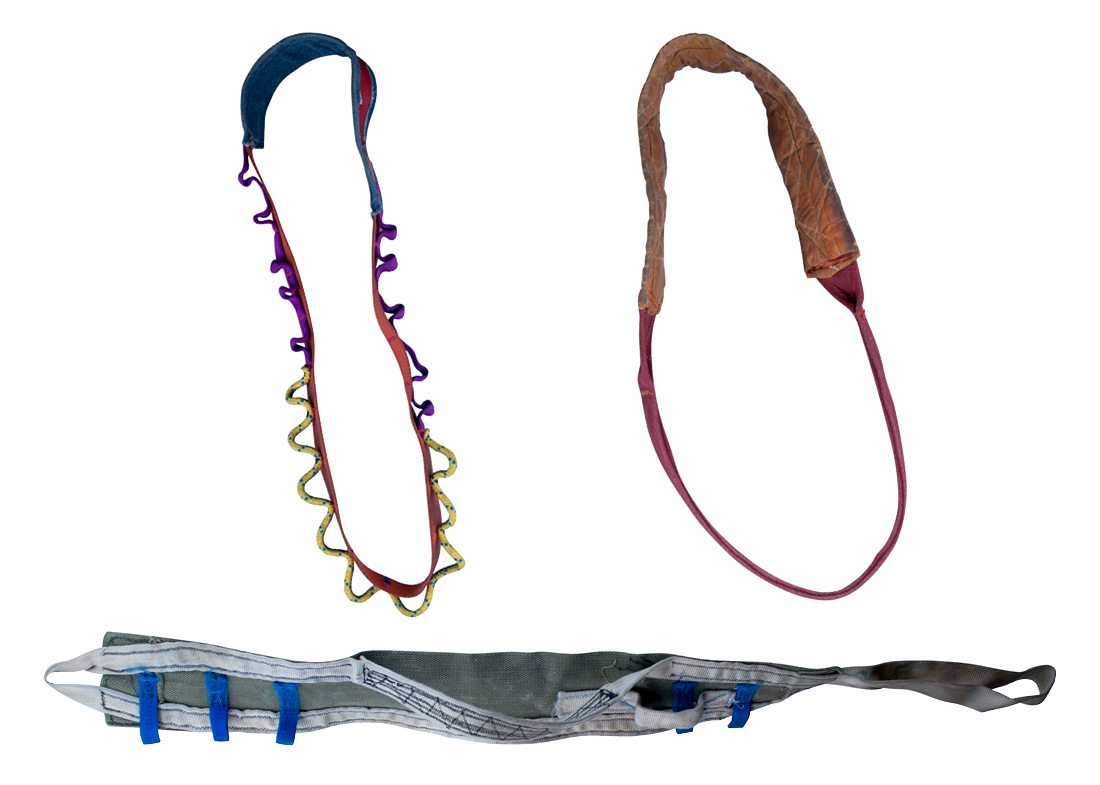 I am often asked about how I started Metolius. This is the story of how it began. The most important thing to keep in mind is that when I started climbing in 1972, making your own gear was just another part of the game. The first piece of equipment I made was a harness. My older brother designed it, and we sewed our harnesses up on moms machine. Harnesses were available, but most people made their own. Most of our slings were tied 1 inch webbing, but we did sew some of them. The tied slings were the most practical. Having a sling that could be untied, threaded through the anchor, and retied was a big plus, since there were no permanent, chain style rappel anchors. It was common to see homemade aiders, daisy chains and gear slings.

When it came to making hardware, I didn't go much beyond making bolt hangers, at least not at first. I had a friend that made nuts and pins, but that was mostly for aid climbing.

I started making nuts in the late 70's. I made them for fun for the most part, sort of like brewing beer in the garage. To be sure, a good micro-brew is hard to beat, but there is something inherently gratifying about brewing your own. Making our own climbing gear seemed to make the whole experience a little more intense.

It was May of 1982 when I started trying to make a spring-loaded adjustable nut. The Slider was a really fun project. The process of developing the Slider turned out to be the model that would come to the surface time after time when I tried to make something new. I started with a crude wooden model, and just started talking to my climbing friends about it. We would all laugh at it, but from time to time thoughts would come out that would result in progress. I would go back to the garage, make another model, and go through the process again.

By 1983 I had a design that worked, and could be used to protect the thin, parallel-sided cracks in the columnar basalt common to central Oregon.

At first, I sold the Sliders in the parking lot at Smith Rock. After a day of climbing, I would walk through the parking lot, show them to climbers, and from time to time, make a sale.

The next step was to send out samples to a few shops across the country, to see if I could get orders. I sent out ten samples, and received nine orders for more. Very soon after that I hooked up with Adventure 16 as a distributor. This made things much easier for me. All I had to do was make the Sliders, and deliver one order a month. There were several international distributors as well. I would deliver twice a year to them.

Financing was never much of an issue, because the business scaled down so well. I started with about $2000, but that was enough, because I could get all the raw materials and parts I needed in small quantities. I worked out of our small garage to keep the rent down. I would work building houses from time to time to finance the business. There was never a master plan to create a business, it more or less created itself.

I had a lot of help from friends with machine shops. I was able to machine and cut the parts I needed in off hours and weekends. I had a friend in the Oregon State University Engineering department that ran the tensile test machine. He was very helpful.

The TCU was the next Metolius product. The rigid stem design of the Friend was great for the larger sizes, but the design did not scale down very well. The stem always interfered with the placement on the smallest size. The design could be made smaller by using a steel stem, but the stem interference issue seemed to be even more of a problem, as the cams were made smaller.

I remember hanging out in the shop one Sunday (late fall 1983) trying to figure out how to solve this problem. I had a piece of cable in my hands that I was fiddling with. I like to have something in my hands when I am working on a problem, usually a pencil. But that day, it was a sample of 1/8th inch 1 by 19 cable (TCU cable) that I had rejected for use in the slider. The combination of having the cable in my hands, and thinking about the problem, gave rise to the notion of using the cable for the body portion of the cam. I spent the rest of the day hacking out a model of a flexible stem cam.

When Steve came to work the next day, he could see that I was on to something with the flexible stem. We really wanted to make the head width as small as possible, so the next model I made had three cams, but still used a single stem. Steve put the last piece in the TCU puzzle, by bending the cable in a "U" shape, like most other wired nuts, and connecting it on the outside of the cams. Roughly a year had passed between the first inspiration and the final design. It would take another nine months of testing before I started selling them in the summer of 1985.

A year or so later Chris went to Europe to climb, and came back with a training board. We decided to make one, and it eventually became known as the Simulator. We tried to make holds as well, but the home climbing wall was still a few years in the future. We brought the holds to the first trade show we attended, and most people just laughed. After all, there were no walls to put them on.

At this time there were nine of us working out of my Garage, so we rented a 2,000 square foot shop space in Bend, and made the move.

The most important thing to keep in mind is that the things we came up with to get Metolius going, were simple extensions of existing technology that can be credited to Smith Rock and the climbing community that surrounded it. The Slider concept had been around for years, but we made it work because we needed protection for the thin parallel-sided columnar basalt cracks. The same can be said of the TCU. Using a flexible cable for the body was inevitable, but we created the TCU because we wanted a small cam that really worked. Smith Rock is what brought the climbers together and allowed it to happen.

The name Metolius came in the early stage of the Slider development. I was quite frustrated one afternoon. I had been trying to get material together to make a prototype, and was not having much luck. I would call a material supplier looking for cable or brass or swages, and was always confronted the same question, "and what company are you with?". I would answer honestly, saying that I was not with a company, then go on to explain what I was trying to build, and what I was looking for. The result was always the same, the sales people were nice to me, but were never able to get what I was looking for. After a dozen or more of these rejections a pattern was becoming clear. There was a subtle but detectable shift in the sales persons attitude as soon as it was clear that I was not representing a company. During one of these calls, when the question came I hesitated for a moment, not wanting to face the inevitable shut down that was most likely coming. The answer that I gave surprised me so much that I have never forgotten it. I said 'I am with Metolius Mountain Products". The sales persons response was something like "OK what can I get for you". The Metolius River is a spring fed river that comes out of the ground about a mile from my house, and I may have just reached for the first name I could think of. I am still not sure why I gave that response, but it worked, and the name stuck.

The word Metolius comes from a Native American phrase that means "white fish" refering to a light colored Chinook salmon unique to this river in those days, but some of the first Europeans to this area interprited it to mean "stinking water" or "spawing grounds". Each year the Pacific salmon would return to the headwaters of the Metolius to spawn. After spawning, the fish would die, and be washed ashore, or dragged out of the water by scavengers like raccoons. The rotting fish can give off quite a nasty smell. Unfortunately dams have stopped the Pacific salmon runs. However, the Kokanee (non ocean going variety of Salmon) that live in the reservoir still swim upstream each Fall, spawn, die, and stink.